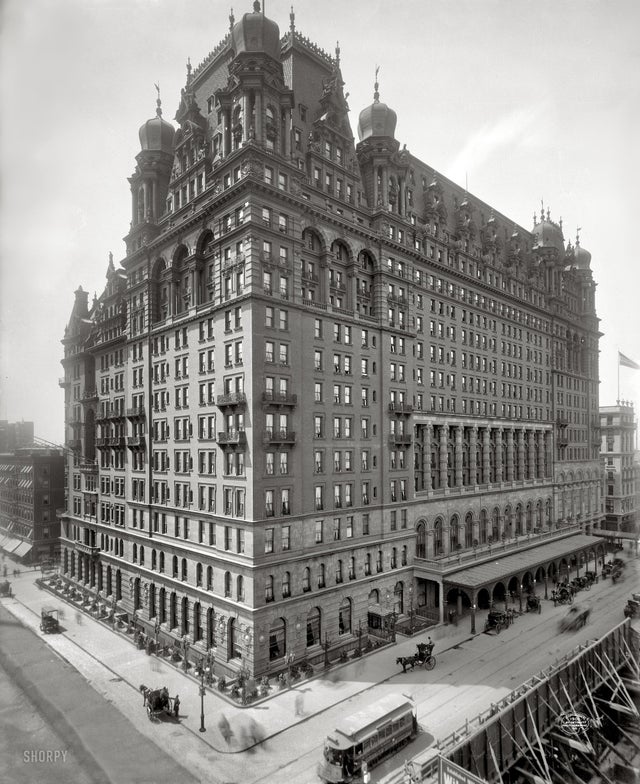 Not quite the standard of hotel that you associate with people from Tower village at the turn of the 1900’s but thanks to a letter from ninety-nine years ago we know that Daniel J. O’Mahony was a guest at the Waldorf Astoria hotel from the greatest city in the world, New York, and wrote an interesting letter back home to his dear friend Bat O’Leary. Waldorf letter original (1)

The late Finbarr O’Brien mentions this letter in his article for the Inniscarra newsletter from 2000, this letter on headed notepaper from the Waldorf has made quite an impression over the years!
One of the many benefits of the internet is the ability to find things that you would never imagine was possible, and this is one such item. Thanks to the the staff in “The Brooke Russell Astor Reading Room for Rare Books and Manuscripts” at the New York Public library who found Daniel’s signature on the guest register at Waldorf Astoria hotel in 1921 for me. 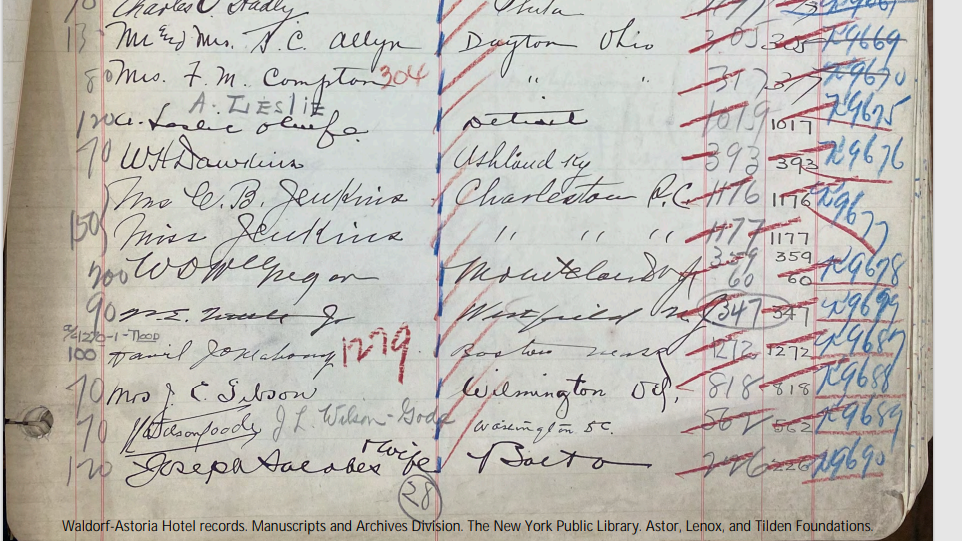 While O’Mahony was enjoying milling amongst the throngs of people under the illumination of electricity his fellow villagers in Tower would have to wait nearly another thirty years to get electricity connected.

According to a fantastic interactive map that the ESB has online, electricity was firsts introduced to Blarney and surrounding villages in 1930, prior to this St Ann’s Hill Hydro had it’s own source of power.

It is interesting to see that when the electricity supply was first connected in 1930 there were only three houses connected, three out of nearly three hundred and thirty dwelling houses from the 1911 census. Also interesting to note that the ESB acquired local electricity supplier St Ann’s Hill Hydropathic Co. Ltd., Blarney with their 9 customers in 1950. Unfortunately it is not known who these nine customers were, I would suspect that it was the Hydro building itself plus the surrounding large houses but no way to know for certain.

Daniel was an evocative letter writer; it is very easy to envisage him, sitting at a bureau in the luxurious surrounds of the bedroom in the Waldorf hotel, smoking his pipe and thinking about his small, rural hometown in comparison to the brightly lit, hustling bustle of what we all think of as the biggest city in the world. Not hard to see why he complains that “Tower village was the worst looking place, the most neglected place I see anywhere I was”
I wonder how gobsmacked he would be if he could see Tower village today, brightly lit with  a children’s playground and, while the broadband download speeds may not be the fastest in the world we can still connect to New York instantly! Hundreds of houses, according to the CSO 2011 figures there were 1098 houses in Tower in 2011 which is massively up on the 47 houses recorded in the 1911 census.

I am intrigued by Daniel J. O’Mahony and how he left Tower for America and yet seemed to return and visit family and friends. I hope Daniel enjoyed his stay at the Waldorf Astoria and visited the many glamorous and luxurious rooms that the hotel had to offer. His letter back to Tower has survived nearly one-hundred years and I hope it is still read in another hundred years.