Lilian Bland, anything but………..

Lilian Bland, anything but……….. 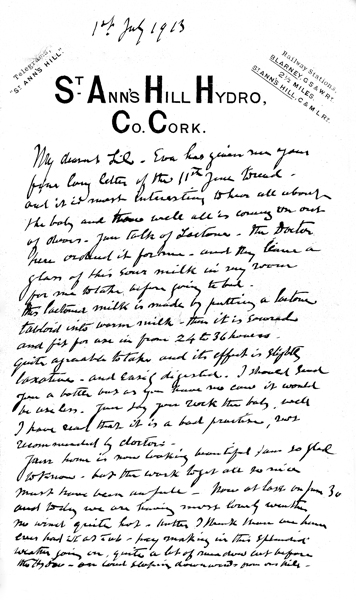 Lilian Bland was a woman who made an indelible mark on the world of aviation, ,she was the first woman in Ireland to fly a biplane and was the world’s first woman to build her own aeroplane. While Lilian was engaged in designing and building her own aircraft Amelia Earhart was only twelve years of age.

Lilian was born in Kent in 1878 and she moved to Belfast when her mother passed away where she was brought up by her aunt and father. She seems to have been a strong headed young girl and woman, she wore breeches, a very emphatic no for women of the Edwardian period, she smoked, had a passion for photography, most especially birds and loved to potter about with the inner mechanics of the first motorcars.

The aircraft that she designed and built, the Mayfly, is recounted here in great detail; there is also a beautiful sculpture, in honor of her built biplane in a community park in Belfast which is named after Lilian Bland. 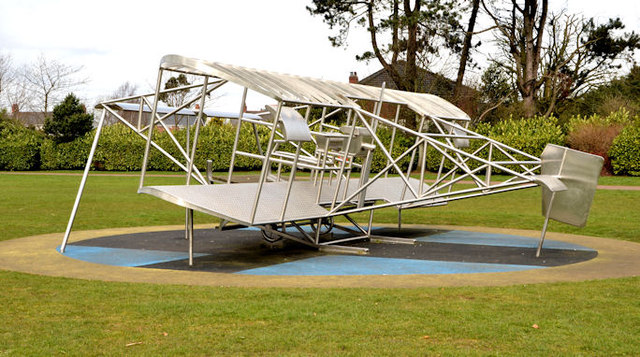 But the main reason why my attention was caught by Lilian’s story is the letter which has survived, written by her father, John Humphrey Bland, to Lilian while he stayed as a guest at St Ann’s Hill Hydro in 1913.

In some respects the letter is fairly typical of a parent thinking they know more than their adult off-spring, in this case he warns his daughter that rocking a new-born baby to sleep is not a good idea, tells her he is buying a piece of gardening equipment for her and fills her in on some of the local gossip.

You  would never think that the recipient designed, built and flew her own aeroplane, was a sports journalist and operated one of the first motor dealerships in the North of Ireland!

In the letter John Bland details how the weather, on the last day of June 1913, during his stay was lovely, “today we are having most lovely weather, no wind, quite hot, better I think than we have ever had it as July – hay making in this splendid weather going on, quite a lot of meadows cut before the Hydro – on land sloping downwards from our pile.”

It is easy to imagine the local men, of Tower and Blarney, making hay, with their sythes, in the fields which slope away from the grand frontage of the Hydro, down to the cold waters of the river Shournagh. It is even quite possible that these local men looked as good as Poldark while brandishing their sythe in the hot summer air!

Lilian’s father was the grand age of eighty-five when he made his way from the family home in Belfast to Tower, not an easy journey at any time let alone at this age. If you look at this map of railway lines in the early 20th century it is quite possible to make a journey from Belfast to Cork via train, possible but probably uncomfortable for a man of his age.

Further details from his letter to Lillian, who was living in Canada at this stage, tell of how he was “wheeled down to the railway light station and there we boarded the train for a few minutes run to the golf grounds where I watched the play and we had tea with friends in the golf club house. Altogether a most enjoyable day.”

Again it is easy to imagine Bland, with his companions George and Eva, sitting in the Muskerry tram as it puffed it’s south-easterly way from the purpose built station at St Ann’s Station to the station close to Muskerry golf course; the tram line cut across through the fields of where Primrose Hill estate is now built and then skirted around where the estate Oakmount is now situated. 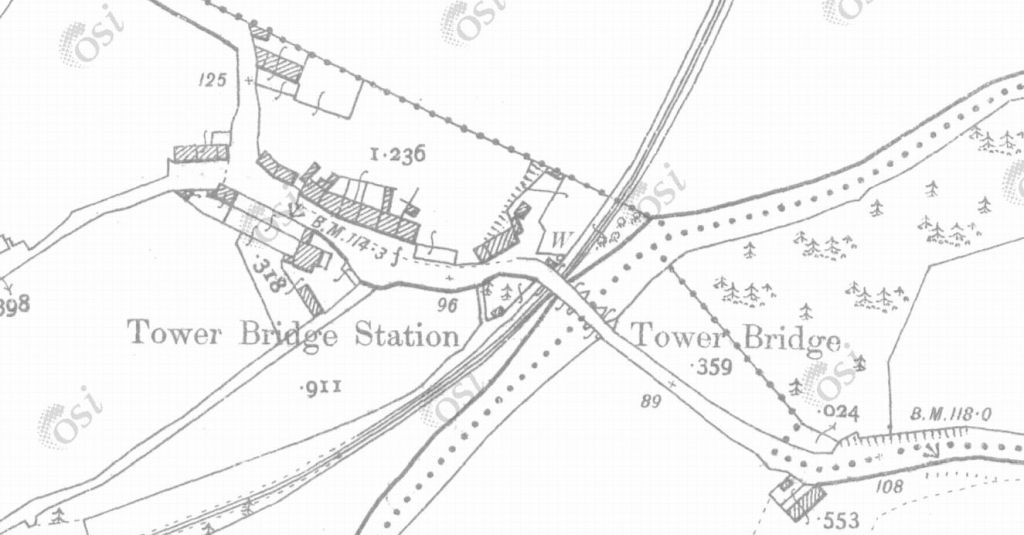 The tram line then trundled across the road that exists today alongside Muskerry Terrace and would have stopped at Tower Bridge station before continuing on a short distance to Muskerry golf station.

Needless to say the old club house is long gone but it is probably safe to say that the visitors from the North would have enjoyed tea or beer while watching the participants play golf, quite possibly at the same time as the local men were sweating under the heat of a June sun as they made hay.

The rest of John’s letter is full of brief, little nuggets of news and gossip to his daughter, the treatment he received under the care of Dr Barter seems to have done him the world of good as he tells his daughter that they are planning to return to the North at the weekend as he is much better.

Fresh Cork air, plenty of hydro-treatment and relaxing in the magnificent grounds of St Ann’s obviously helped his recuperation.

John Bland passed away a number of years later in 1919 at the great age of ninety-one. Lilian’s daughter, Patrica, who was a few months old when Lilian’s father wrote his letter from the Hydro to Lilian in Canada, died at the young age of sixteen for a tetanus infection.

Lilian has been recognized as one of Ireland’s greatest women inventors, indeed she was a finalist in an online competition by Silicon Republic for the title of Ireland’s Greatest Woman Inventor. She was an incredible woman. blazing a way for other other women to follow in her footsteps in the world of STEM.