I was driving down the Kerry Road recently and was taken aback to see one of those huge, enormous cranes rising high and towering above all the houses in the Model Village. It made me think about the original cottages in the Model Village and how they came about, as well as the name “Model Village”, which sounds rather cute and picturesque. So I did a little digging and found some rather interesting information, the most interesting of all being that Tower is one of the first in all of Ireland to have had these type of cottages built, better known as Sheehan’s cottages.
The Model Village in Tower was originally constructed about 1909, and came about as the result of a prolonged campaign by Daniel Desmond Sheehean, an MP in Westminister, in conjunction with the Irish Land League Association (ILLA).

D.D. Sheehan was the MP for Mid-Cork from 1901 to 1918 and was a passionate advocate for the improved  working  class  housing  rights, specifically in the Muster region. His  work  helped  to bring  about  the  new  Labourers  (Ireland)  Act  in  1906 which resulted in the construction of nearly 7,000 houses in County Cork alone. 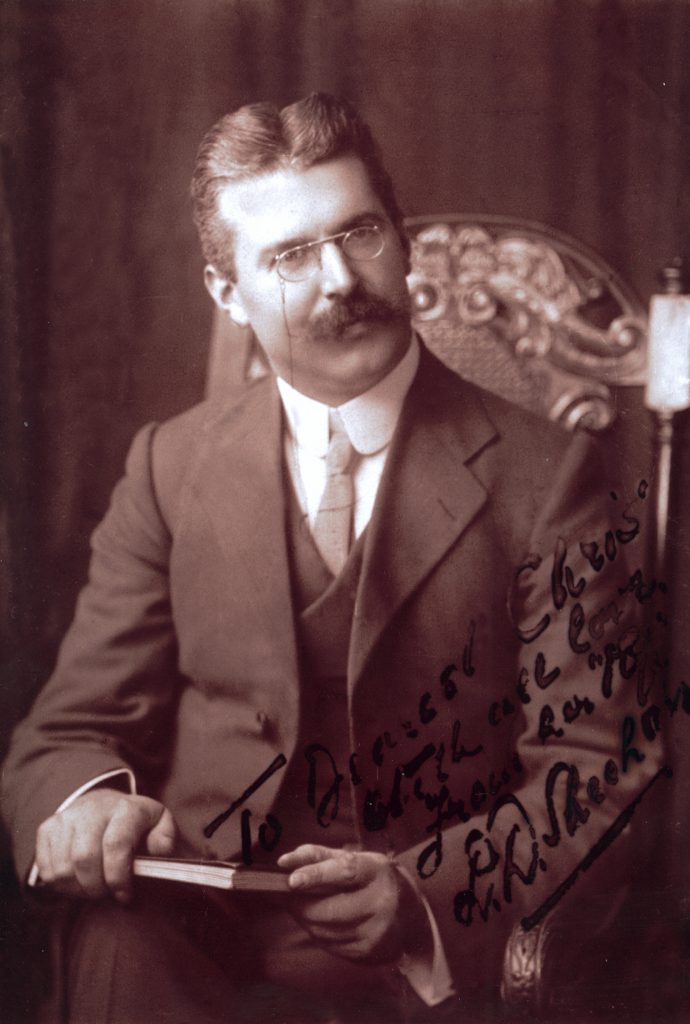 Sheehan initiated and organised the construction of the Model Village in Tower about 1909; he developed the project in conjunction with the local branch of the ILLA and the recently formed Cork Rural District Council (formed in 1898). The land was donated by a landowner, more than likely this was Dr. Richard Barter from St Ann’s Hill Hydro and I believe that the builder was O’Mahony Brothers who had recently completed building works in Barney village.

The initial project consisted of 17 cottages, a school and a meeting hall. All 17 cottages are still standing today and Tower Community Hall is still in use with many local clubs and societies availing of the Hall. I can’t quite figure out the location of the school though, and can find no traces of it in the 1911 census.

According to Sheehan:
“The decay of village life in Ireland constitutes one of the most tragic chapters of our history for the past half century. …. But even if we cannot resurrect the spirit of our former village life it is, however, well within our power to reconstruct …… a Model Village on up-to-date and practical lines – a village which we trust may become a pattern and an example to be copied with profit and advantage in other parts of Ireland.[22]”

Dove Cottage in Model Village (see image from the House of Commons Wiki page) is an excellent example of the type of cottage which was built.  According to the Wiki page
“This  cottage  is  a  three-bay  single  storey  house,  built  around  1906. The roof is hipped and slated, with terracotta ridge tiles. The rectangular plan multi-flue chimney  stack  is  built  of  brick.  The  walls  are  smooth  rendered  with  decorative  brick block-and-start surrounds around the windows and at the corners. The window openings are square headed and the door is set in a brick porch. The latrine and a coal shed would have originally been located to the rear of the house and it also has a small front garden.”

Checking the online PDF versions of Guy’s postal directory for the years between 1903 and 1913 it would appear that the Model Village did not exist in the edition for 1903 but does appear in the 1913 version. The list of names, from the 1913 Guy’s Postal directoty,  that occupied 16 of the 17 cottages constructed are as follows: 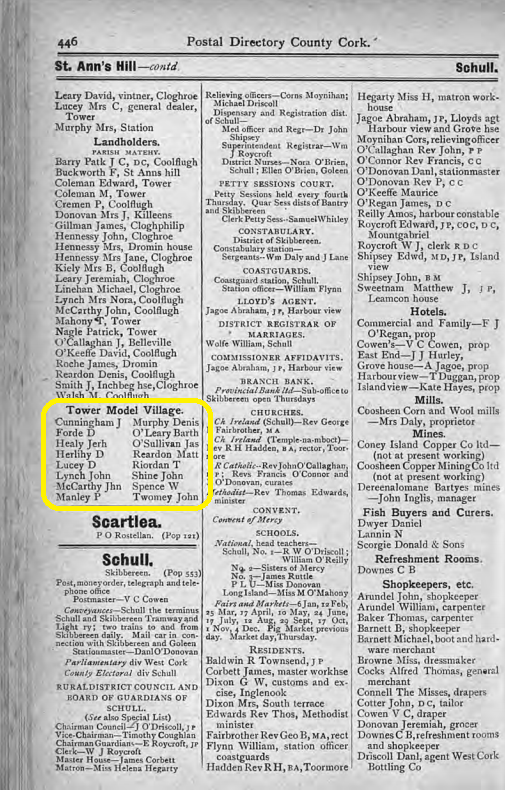 There is a varied mix of occupations of the people which lived in these cottages, from a masseur working in St Ann’s Hill Hydro to labourer work, carpentry, working in the woolen mills in Blarney to a Station Master. Seventeen families comprising of over seventy people were now living in what was considered to be much desirable homes compared to where they would have previously been.

And it is a testament to the quality of the original build that all cottages are still standing today, nearly a hundred and twenty years later, still housing local families and proving that the original premise of D. D. Sheehan’s idea was worthwhile, visionary and life changing.